The Plejaren Committee that is responsible for us, has deeply concerned itself with the nearer and farther future and thus has come to the conclusion that it is of most urgent necessity that the members of FIGU – with which not only the core group but also the Landesgruppen, Studiengruppen and Interessengemeinschaften and the individual members are meant – should be active on the internet. This first and foremost in regard to peace, overpopulation and the spiritual teaching in general. It was suggested to not only propagate the corresponding stickers on the internet, which I have attached in PDF format, but also to publish your own and other good and relevant articles in social media and therefore sharing FIGU material as often as possible, so that a chance is given to at least soften the threatening happenings.

It would make sense and would be desirable if you would produce the attached stickers yourselves in the mother tongue of your own country and distribute them. Those who are familiar with the program Adobe Illustrator can ask me for the original so that they then only have to change the text. If you would rather have us change the text, that is also no problem. It is a small task for me which would be done quickly if you sent me the relevant text.

Kind greetings, also in the name of Billy and the Committee, 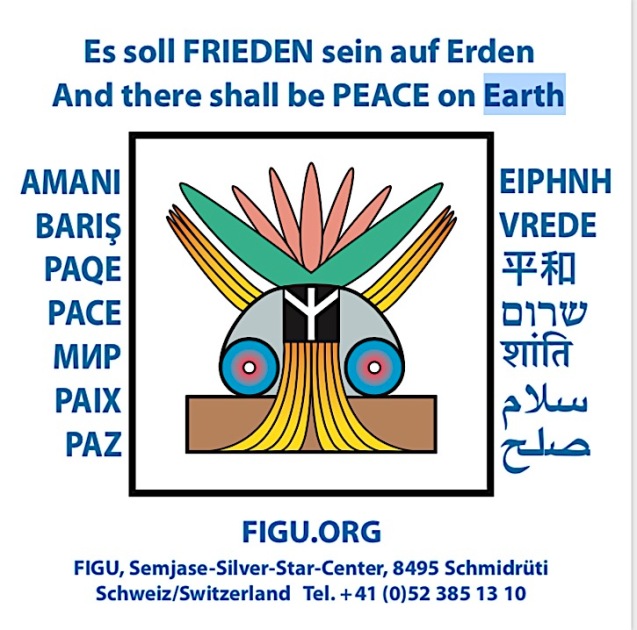 Friends, followers, and students of FIGU…

We need to Save Our Species.

I recommend Quora.com for social media.  You don’t have to use your real name, and you can answer questions on the environment, population, peace, spirituality, and any other topics you are interested in.

Or start writing letters or emails to your local representatives and newspapers.  We can all write opinion pieces. Let’s help prevent the worst of the coming destruction.

9 thoughts on “Aliens Are Asking For Your Help”